The circular flow of income model 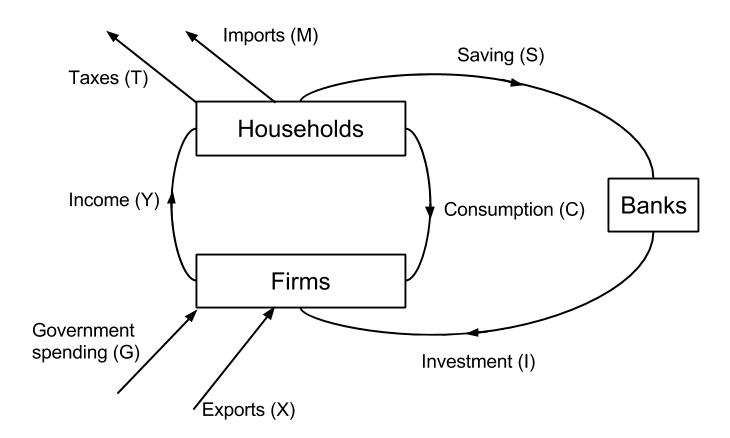 Equilibrium of national income is reached when (planned) Injections = (planned) Leakages. The income in the circular flow is always equal to the national income, however this equilibrium does not necessarily mean the economy is at full employment.

The business cycle also known as the trade cycle shows growth of an economy around the long term trend (dashed line) measured by changes in GDP.

4 facts to know about the business cycle: